Excel in Statistics and Operations Research 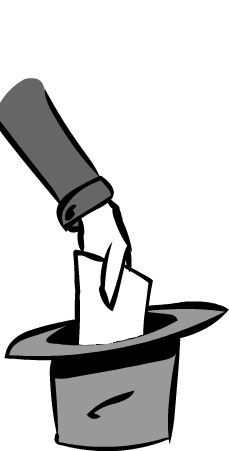 Is probability mathematics or statistics?

Probability is often taught alongside statistics, and it is a rather uneasy alliance. Mathematics teachers like probability. It behaves as a good mathematical topic should, and gives nice exact answers. But it also provides the theoretical underpinnings to the rather murkier subjects of statistics, modeling and operations research. An understanding of probability is needed for simulation, queueing theory, inference, decision analysis, project management and inventory control.
Mathematics teachers should love probability as it is a subject that lends itself to hands-on activities and real-life applications. Problem is, the whole uncertain nature of probability means that you can’t guarantee that an experiment will give the results you want. 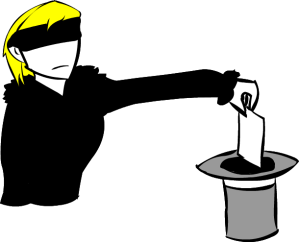 Sometimes chance activities don’t turn out as we want them to.

For example, one activity I use to teach about sampling variation is to get each member of the class to write down how many hours that week they have spent on the subject. I collect up the pieces of paper, and in front of them take two samples, each of size 5. I ask the class if they expect the means for the two samples to be the same. And they don’t, and usually they aren’t. But one time they were! Now how likely was that? That would be an interesting advanced exercise. I was able to turn it into a learning moment, but I would rather that the means had been different, to illustrate my point.
Probability is about what might happen in the future, and statistics is about what has already happened. Probability is predicting what you might draw out, from knowing what is in the bag, whereas statistics is inferring what is in the bag, from what you drew out. (I would like to attribute this great analogy but can’t remember where I found it – so if anyone can tell me, please do.)
When I teach about probability I introduce four sources of probability estimates: A priori, relative frequency, modeled and subjective. Often students are exposed only to a priori, and get stumped in areas like decision analysis or simulation where other types of probability are needed.

A priori describes the probability of coins, dice, balls and urns, of people drawing socks out of drawers in the dark and selecting chocolates with their eyes closed. A priori seems rather fantastic, when taken at that level. This is the kind of probability that maths teachers like. The probability of an event happening is the number of ways that event can happen divided by the total number of possible outcomes. You need addition and division, and the ability to turn expressions into words. Casino gambling and lotteries are based on a priori probabilities. There is exactly one chance in 33 that the ball will land on the number 7 in roulette. It is rather nifty really.

Probability based on relative frequency draws on the past. In the past 20% of people have been late to appointments, so we use 0.2 or 20% as the estimate for how often we expect people to be late in the future. This estimation of probability is only as good as the data collected previously, and the stability of the system. 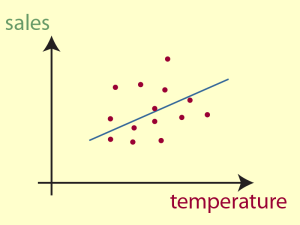 We use models to try to predict outcomes

Weather, avalanches and earthquake events are assigned probabilities using historical data and mathematical models. Forecasting is a major part of business analysis, to try to reduce the uncertainty of the future by modeling with the data from the past. Relative frequency is a very simple form of modeled probability, where the parameter from the past is used unchanged.

When we estimate the probability of an occurrence we produce a subjective probability figure. There is a whole branch of research into how people predict, and their systematic biases. Things like the vividness of the outcome, the number of similar occurrences you can think of, and a number given you ahead of time, all affect subjective probabilities. Even language can mislead. The expression, “a fair chance”, can be interpreted as anything from 0.1 to 0.9 by different people, particularly in different cultures.

Culture also affects a person’s views on probability and likelihood. It has been shown that exposure to games of chance affects a person’s understanding of probability. For some cultures there is no probability. Things will either happen or they won’t, depending on the will of God. To attempt to predict is presumptuous.
These considerations are important when teaching about probability and models. Decision trees rely on good probability estimates, so it is vital that students understand the pitfalls of different sources. Even when we know and understand the rules of probability, we fall victim to the mistakes identified by Tversky and Kahnemann.
You may be interested in my other blog, Never Ordinary, about life with an autistic savant, who REALLY doesn’t like uncertainty.